Montgomery Cheese: We’re in this together

‘I have a customer who calls our cheddar ’50 Mile cheese’. That’s how far he drives before he loses the taste on his tongue.’ Says Jamie Montgomery, the 3rd generation to up the cheese-making mantle at his family farm, right next to us in North Cadbury.

It’s a heck of a cheddar,: with a structure and bite that melts in the mouth. The flavour begins slowly, arriving first as a perfume in the nose and then travelling back across your mouth: deep and rich with a nutty, savoury complexity. Prizewinner at 10 British Cheese Awards and 5 World Cheese Awards on his watch and Ogleshield, the raclette-style sister cheese growing fast in reputation and popularity alongside, to prove it.

Walking into the ageing barn at Manor Farm is to go back a century in time: a huge space, shelves neatly stacked with some 6000 truckles of cheddar – a year’s worth. It’s a striking sight. ‘There was already cheesemaking here before my grandfather arrived in 1911, as there would have been on every dairy farm.’ He says. ‘The grass is good around here, you didn’t have to have many cows before you had too much milk and had to find a way of storing it.’ 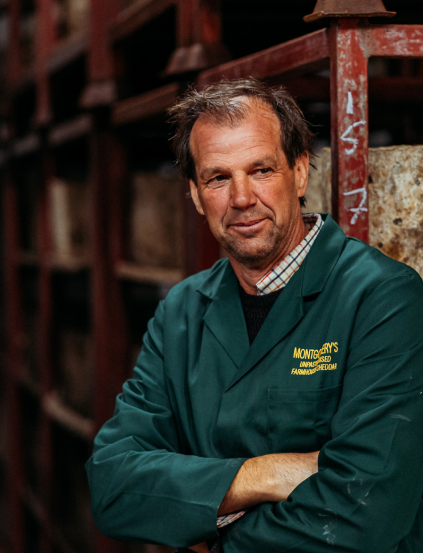 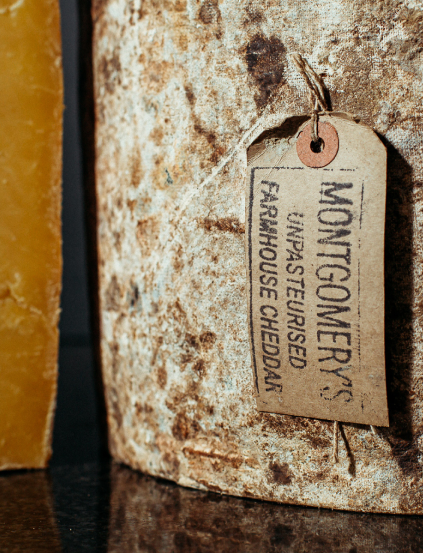 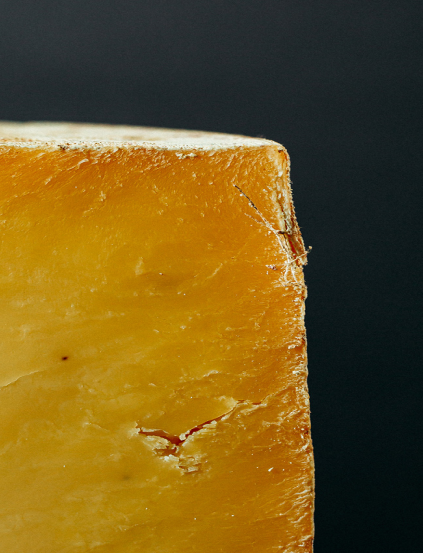 He has spent his life making cheese the same way as his grandfather did, with the same materials, and probably using bacteria that are very close to his would have been, too. The starter bacteria was bred by the 400 or so cheese-makers in Somerset in the 1950s. ‘In the old days, they didn’t know that viruses in the air could kill the crucial bacteria, the just knew that if they used it for a long time it would eventually stop working. So when they bred a good one, they’d share it with all the local farms. Then they’d know that if theirs died, they could go to another farm and ask for some of it back.’ It made the ethos of cheesemaking different from every other kind of farming: more ‘we’re in this together’ than ‘you’re on your own’. As a member of the Special Cheesemaking Association, he still feels that today.

Now, protecting the starter is one of the most important tasks on the farm. They keep seven strains of the bacteria alive –one for each day of the week. Shelves carry Monday cheeses, Tuesday cheeses and so on; all are distinctively Montgomery but each will have a subtly different flavour profile. Some customers even have a preference. ‘Most of my role is tasting and grading cheeses and selecting for particular customers. I get to see a pattern that nobody else sees and that’s constantly fascinating’, he says.

Now, Jamie is regularly invited to America to talk to cheesemakers – or rather to share his secrets. ‘They always ask: what’s the one thing they can do to that makes the magic? But the truth is, I don’t know’. It’s in the air of a hundred year old barn, in the grass of this area, in the balance of richness and sweetness that comes from the unpasteurised milk here. And that’s a gift you can’t give anyone else. 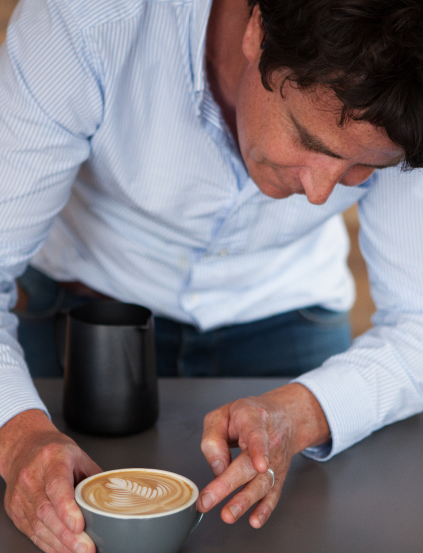 Montgomery Cheese: We’re in this together 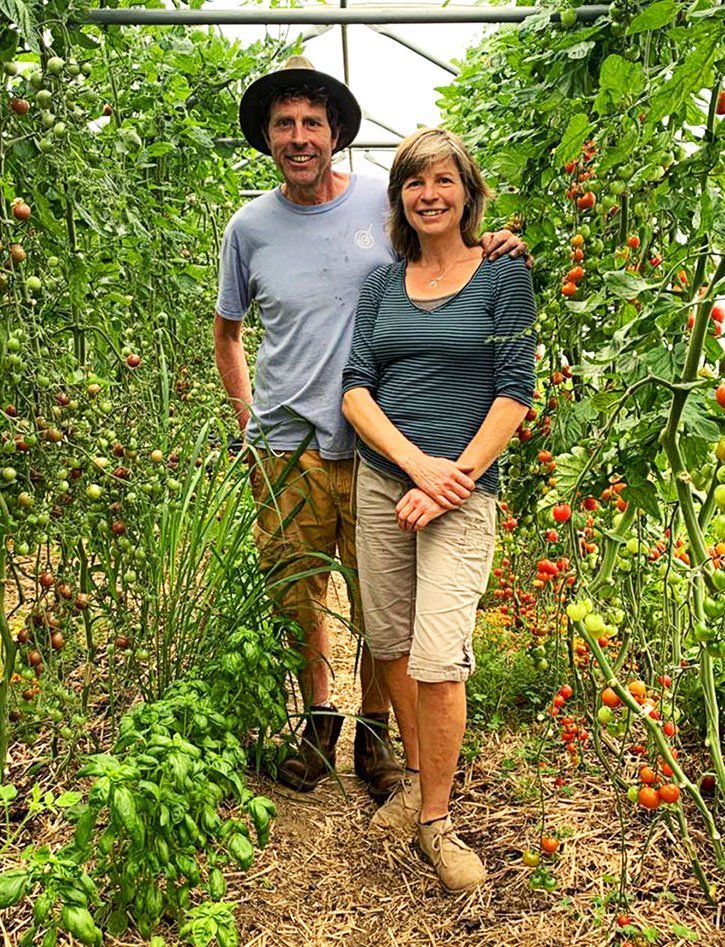 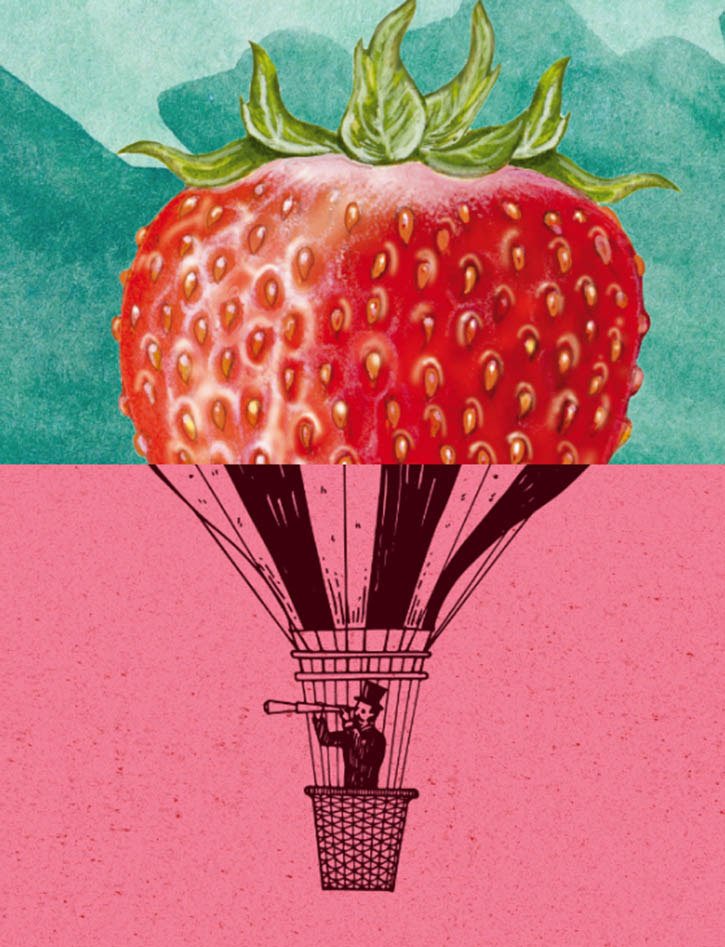 We sit almost exactly halfway down the A303 betwee

We are incredibly proud to share the news that las

(To the tune of Our Favourite Things ...). Sweet B

It's pink o'clock! Come and check out shelf of pre

Today is World Refill Day ♻️ We are celebrati

We are going all-out for Glastonbury Festival this

We've thought about Father's Day so you don't have

Very exciting news this week. We have launched TEA

Thank you to you all for your nominations, we've m

Something particularly good has happened to Chedda

From roasting a whole chicken to barbecuing a spat

Tomato salad with a difference has just come onto

For the red-white-blue you-know-what, we’ve gone

We love the joyful red-white-blue buntings up arou

We sit almost exactly halfway down the A303 betwee

Huge Congratulations to Lulu and Adam for winning