And so the build is nearly over. At long last the glazing has gone in this week, freeing up views and allowing the building to take its place in the land around it. To the East, our orchard’s apples are nearly ripe, their skins blushing from the odd day of sun; behind us, the dog-walking field with its little stream that runs alongside has been mowed. At dusk, the view from the deli window to the West is arresting – across a huge golden field of corn at the point of harvest towards Glastonbury Tor beyond, the sun sinking, pink, behind it.

‘There seems to be something magical about this place, it’s amazing how often visitors feel it. Some just go quiet and smile as they look around,’ says co-founder Nick Sinfield. ‘Despite the major hurdles of CoVid and the strangeness of the past few months, the atmosphere on site has remained positive. Each of our teams have got on, problems that came up have been solved.’ It was almost as if the building itself was willing us on.

‘The area is stunning and there’s something very re-assuring about our quiet orchard through the seasons, but we’re also amongst so many important ley lines. The line up to Westbury White Horse even passes straight through the store.’ We’ll never know whether that contributed to the positive build, but it made him – and all of us – smile. 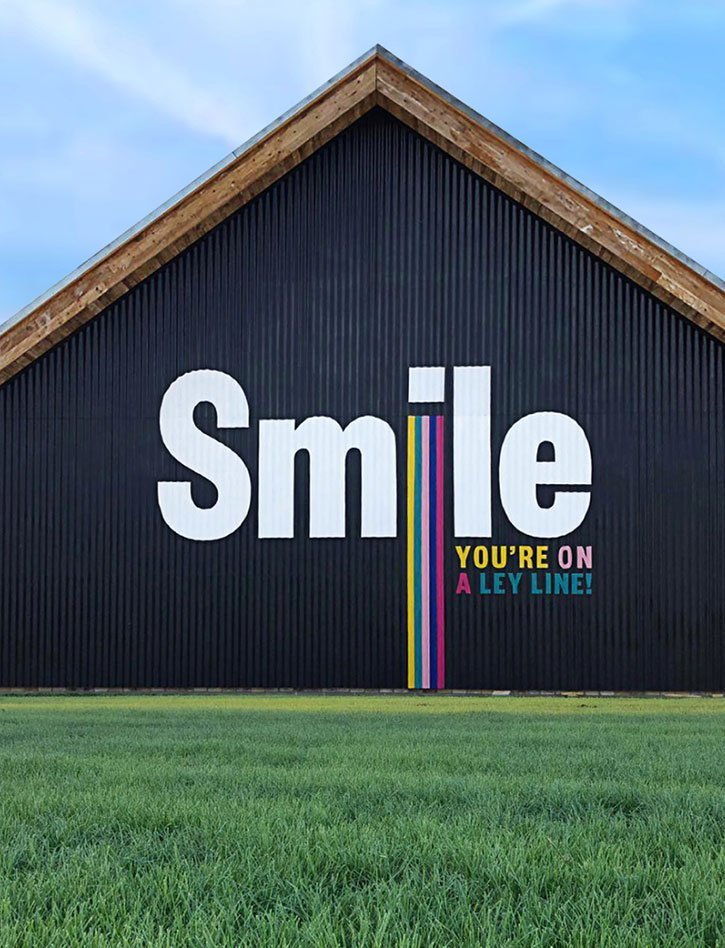 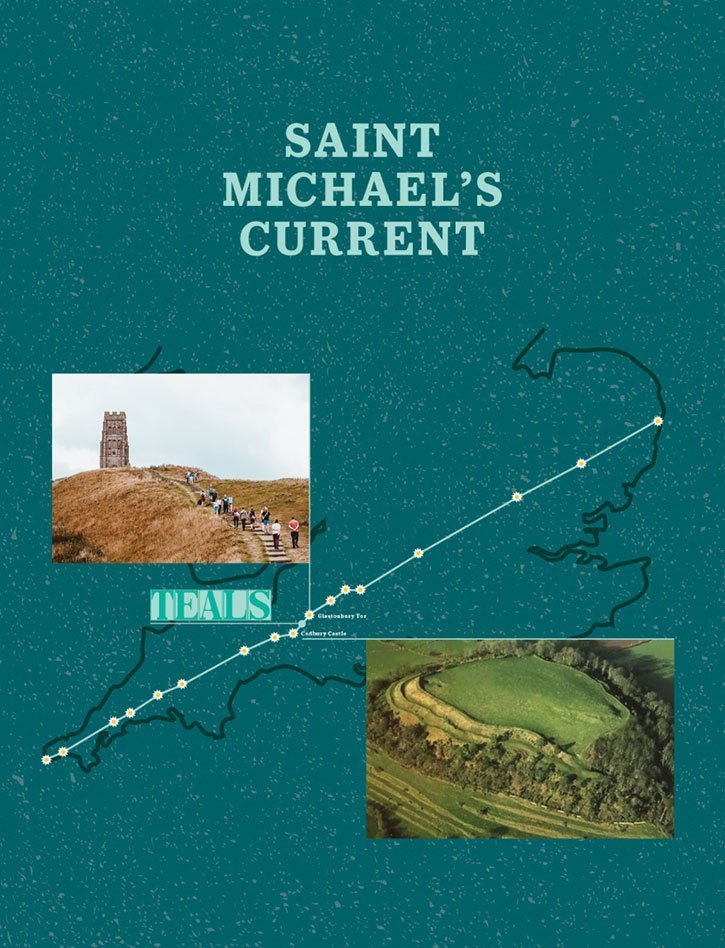 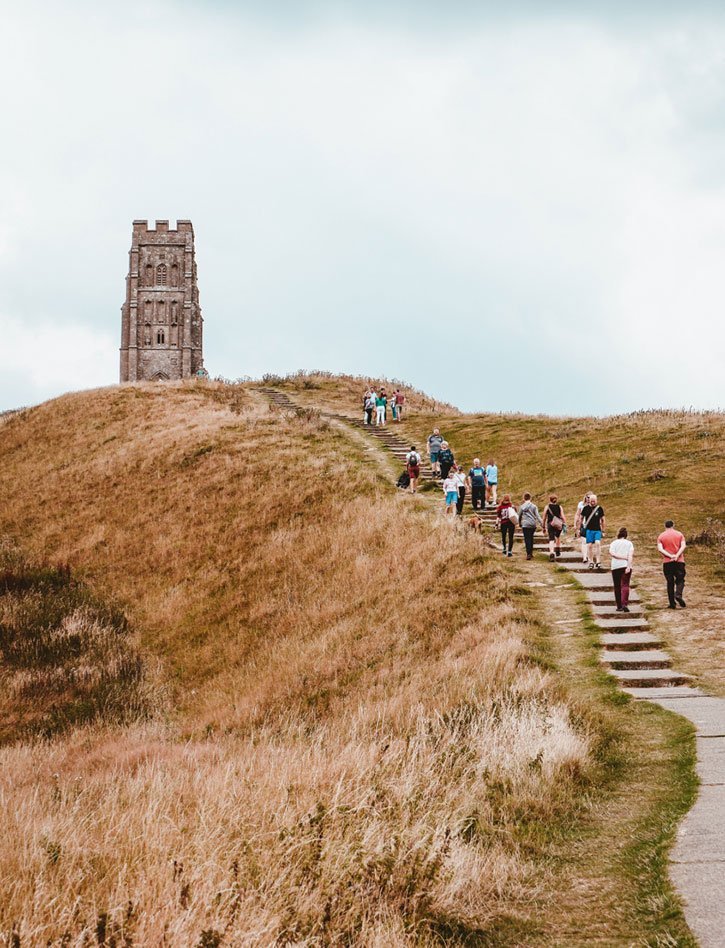 Ley lines belong to lore rather than science – energetic pathways that criss-cross the country, converging in their hundreds at sacred sites such as Stonehenge, Avebury and nearby Glastonbury. People have always responded to them, reporting a variety of effects: wild dreams, sensations of shrinking, extraordinary creative bounty.

The idea of ley lines first took hold a century ago, when, drawing on works of astronomy that sought out alignments to solstice sunrise and sunset, amateur archaeologist Alfred Watkins proposed ‘leys’ to be prehistoric travel routes that traversed the British landscape. ‘Ley hunting’ became the rage as enthusiasts traversed the country connecting ancient sites to trace an intricate web of lines and create a new map of the country.

The movement, which faded during the war years, took off again in the 1960s as part of the countercultural Earth Mysteries movement, which rejected the increasingly materialistic culture of the time and instead sought out spiritual energies through connection with the earth. New Agers conceived leys as ‘lines of power, the paths of some form of spiritual force or energy accessible to our ancient ancestors but now lost to narrow-minded twentieth-century scientific thought’ akin to the Chinese concept of lung mei: meridians that crossed the land in the same way that acupuncture recognised them along the body.

As our doors open on to a new chapter, we sense them as a welcoming from the land itself. And in return, we’ve marked out a whole side of the building as a thanks. You’ll see, when you come – we’ll be open soon.